First things first, as far as I’m concerned, is hitting the actual locations mentioned in the book. By tagging my book and a map I discovered that much of Richard’s journey involves the West End and Soho. Curious why this area of London inspired Gaiman so, I thought I’d follow adapter Rob Kauzlaric‘s advice and visit the highly specified location of Richard’s encounter with the Marquis de Carabas, where his first real experience of NEVERWHERE’s fantasy starts to get going.

“Richard had taken the Tube to Tottenham Court Road and was now walking west down Oxford Street, holding the piece of paper. Oxford Street was the retail hub of London, and even now the sidewalks were packed with shoppers and tourists….” 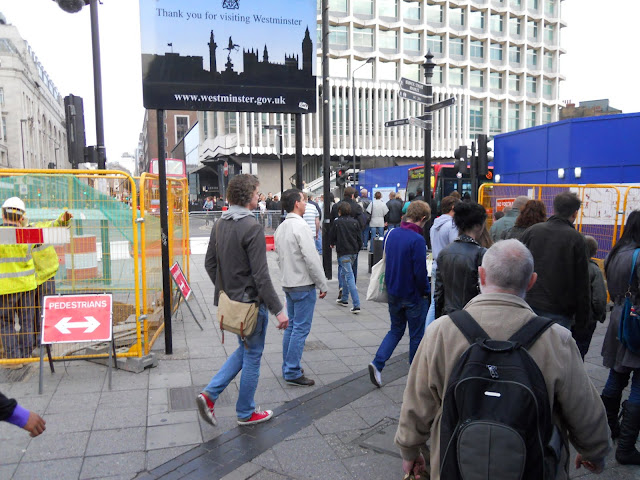 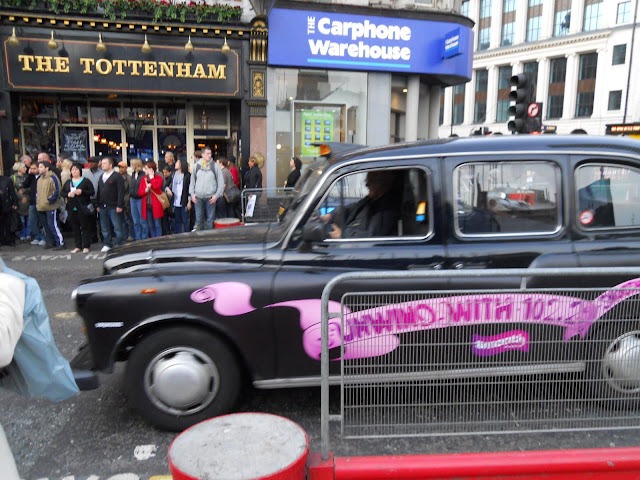 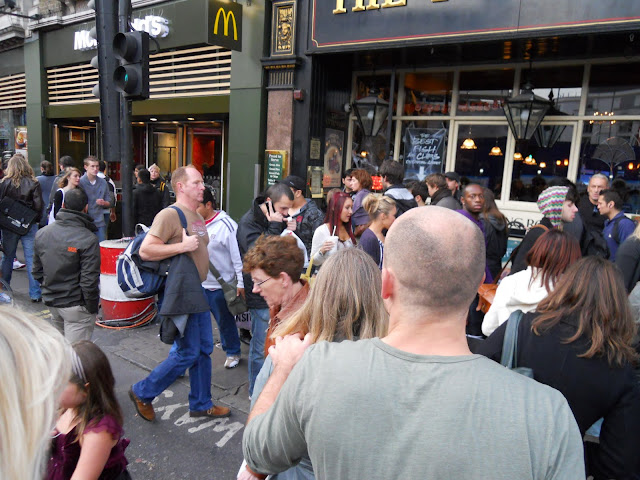 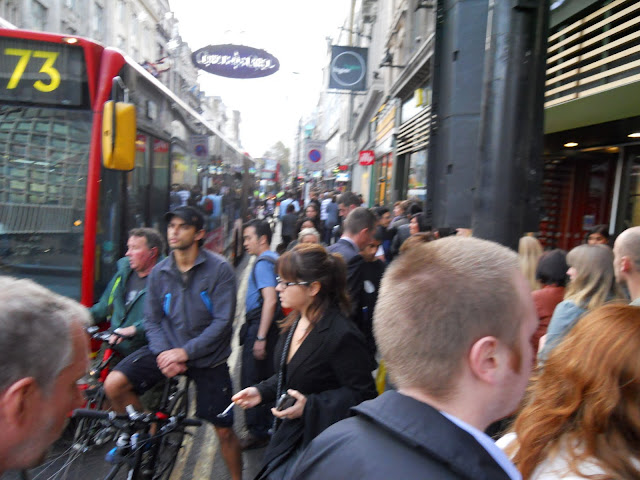 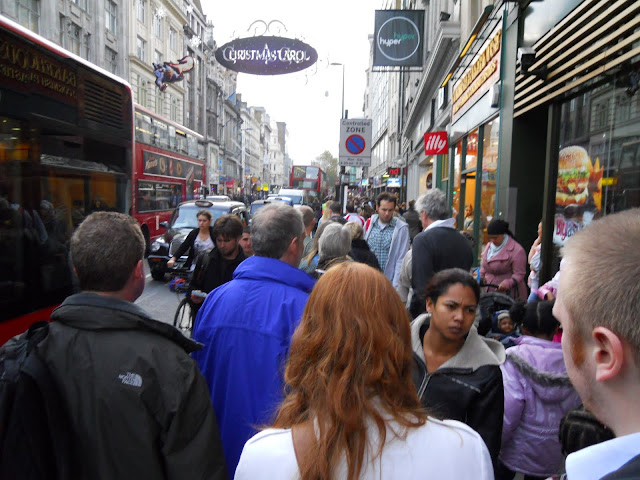 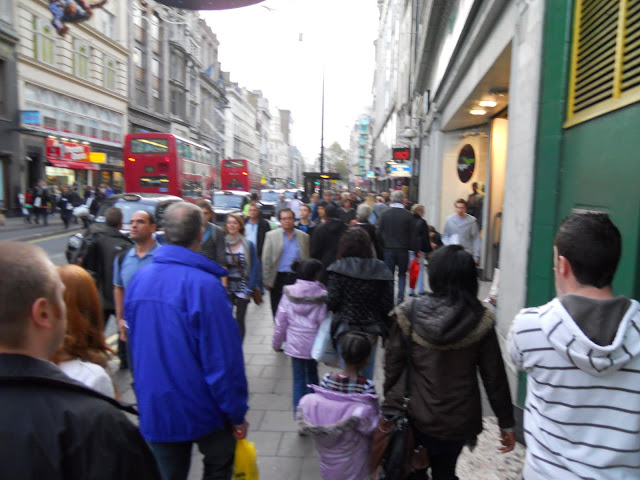 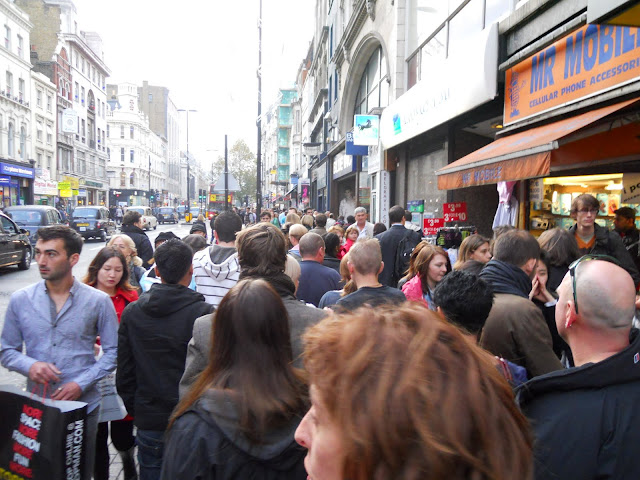 Absolutely. My first impression upon stepping up from the Tube station was how many thousands of people were packing the streets. I’m not inexperienced with crowds of people in public – I live not far from Wrigleyville in Chicago. Michigan Ave and the so-called Miracle Mile aren’t the least intimidating. This is exponentially different. The streets and sidewalks are narrow and irregular, poking around each other in curves and jots. Buses and cabs, mopeds and brave cyclists slalom around pedestrians who are jostling for purchase. The sidewalk has a tide to it, keep up with the rhythm or move off to the side.

“He turned into Hanway Street. Although he had only taken a few steps from the well-lit bustle of Oxford Street, he might have been in another city: Hanway Street was empty, forsaken; a narrow, dark road, little more than an alleyway, filled with gloomy record shops and closed restaurants, the only light spilling out from the secretive drinking clubs on the upper floors of buildings. He walked along it, feeling apprehensive.” 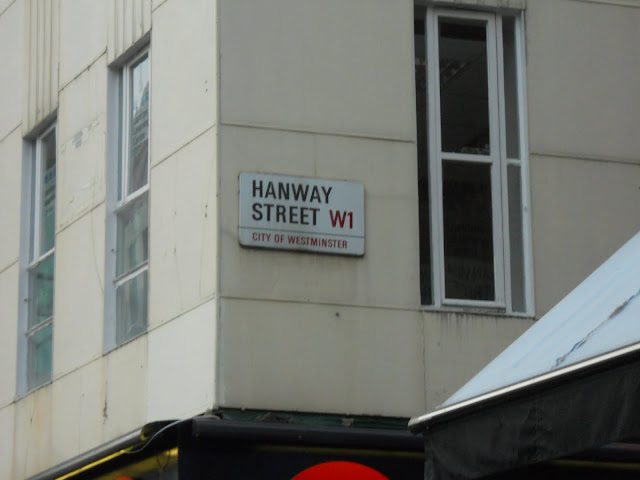 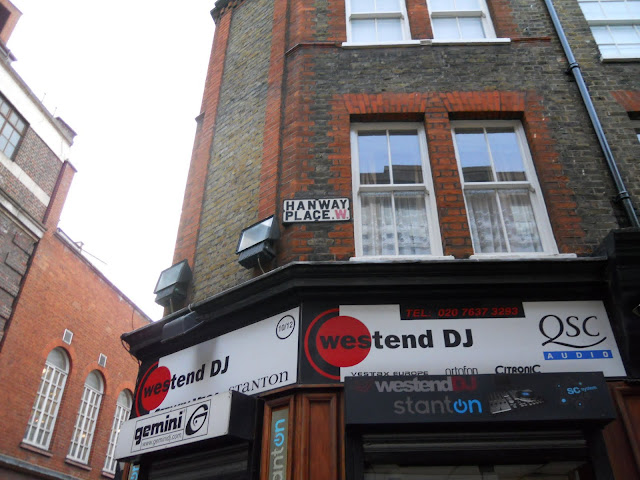 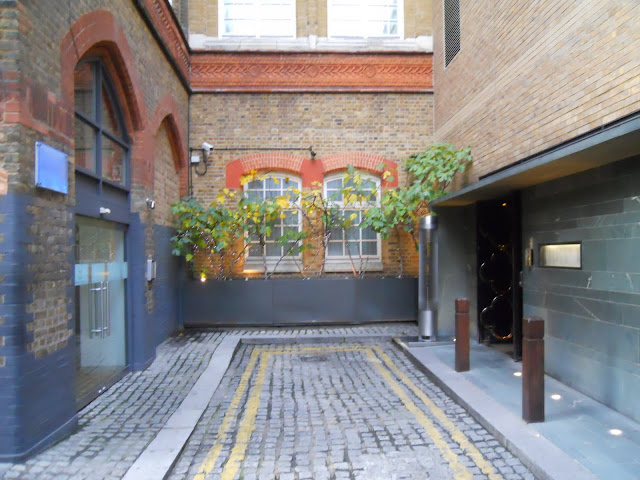 That shift is absolutely correct. Two steps off Oxford onto Hanway, suddenly I feel exposed and alone. There may have been a person here and a couple there but the extremity of solitude after riding the wave of the teeming urban parade is almost shocking. 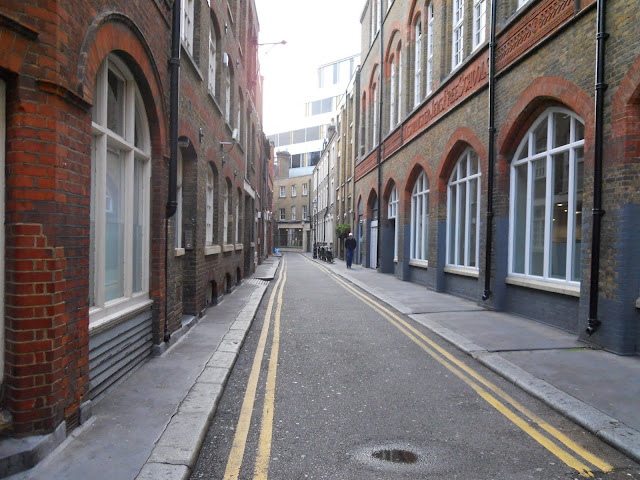 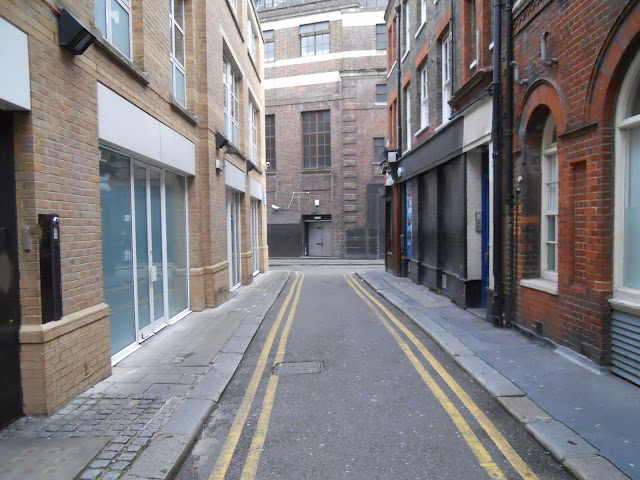 Well, I look around. I turn thrice widdershins. No luck. No Orme. Gaiman does write fiction after all. 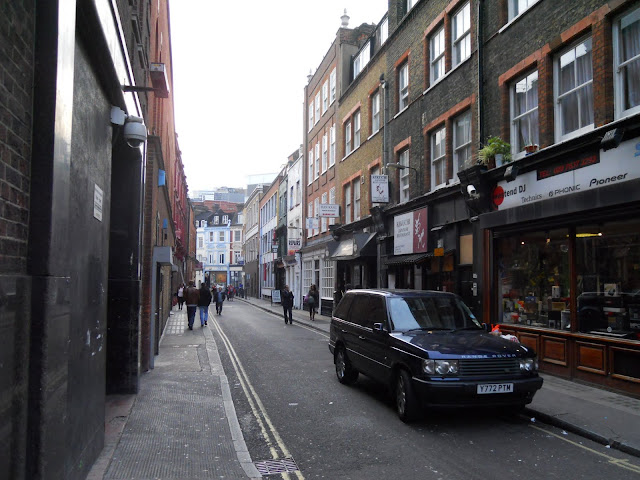 Here’s our main character, regular guy Richard. A bit in a rut. A bit disorganized. Rather average. Lives comfortably enough but has no investment in fashion, style or status. Not much personality to him. His fiance Jessica is trying to groom him but that’s her ambition, not his. He goes along with what life presents him, a Taoist undercurrent of going with the flow of life and letting it carry him along. Ho hum.

Then he finds himself picking up a visibly injured homeless girl off the street and carrying her to his flat. Some sense of humanity lies deep under his shabby old sweater and he becomes something, not quite as grand as a Champion of Justice, but suddenly we realize he is a Good Man at Heart, maybe even Brave. Definitely maintaining his impulsive flow-going, he’s also sensitive, and the immediate commitment to action to try and “rescue” this young woman feels foolish yet Right. By leaving Jessica and skipping out on their date, despite her enraged threats shouted down the street, Richard makes a choice that no matter how improbable it is that he will benefit from this act, it is something he Must Do.

Thus he approaches the instructions (delivered by a Rat, with help from a Pigeon none-the-less) to meet up with the Marquis on the girl, Door’s, behalf, with the same vague sense that despite the improbability of the whole thing, he Must go through with it, maybe even to just test his own resolve. Facing the population of London and wandering around a back alley must feel incredibly stupid and embarrassing, but he goes through with it. Hidden within, like Orme (More?) Passage, he has a hero blooming. Believing deep behind that old shabby sweater that he Must Do Something, for Good, for Balance, for the Right.

And simply because he was asked to. How could he say no?