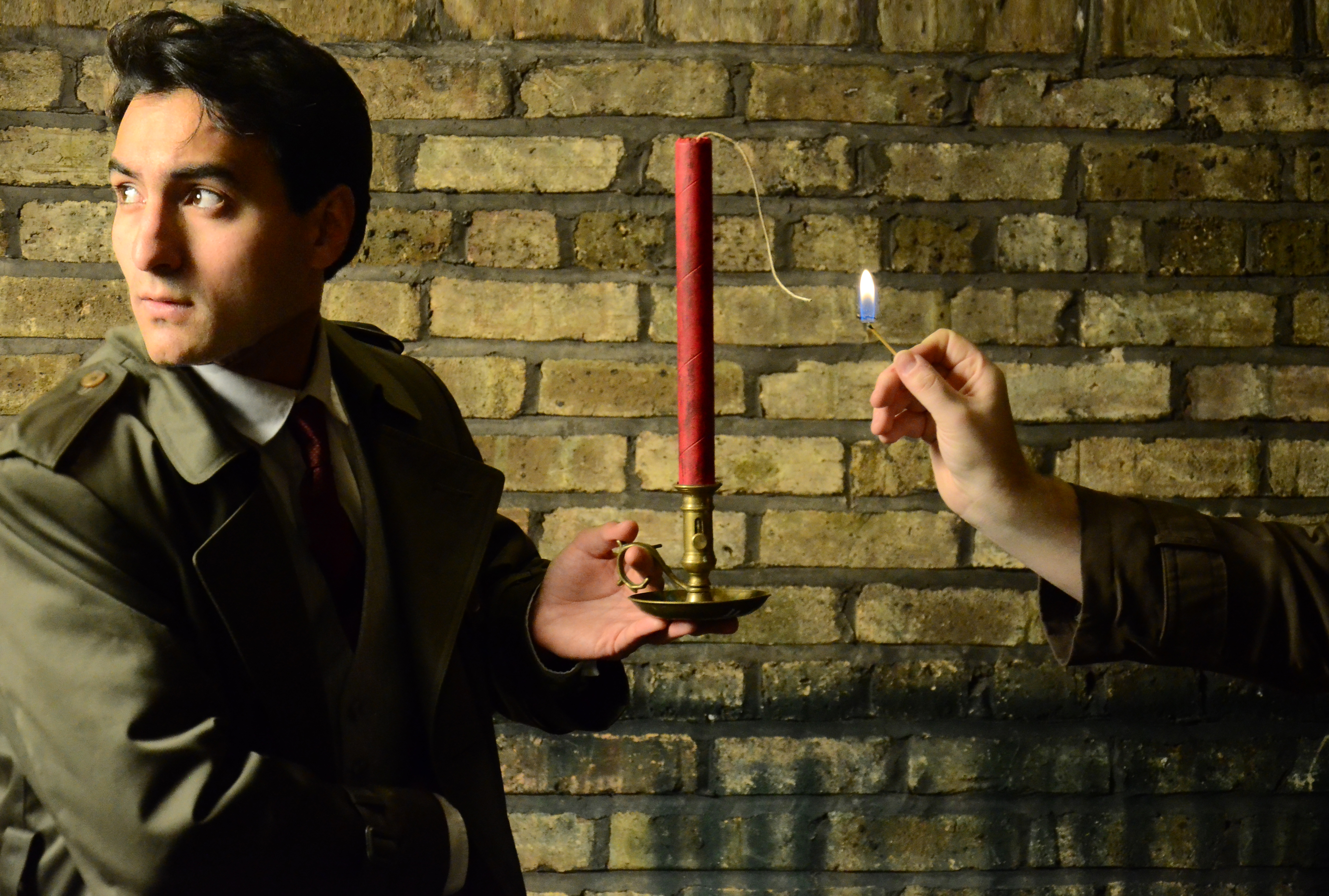 Dramaturg Zev Valancy sat down with ensemble member Bilal Dardai to chat about his history with, and current adaptation of, The Man Who Was Thursday.

ZV: How did you first encounter The Man Who Was Thursday, and what about it made you feel like you had to adapt it?

BD: I first encountered the title by way of Neil Gaiman’s Sandman — interestingly, by way of Gaiman making a passing reference to its imaginary sequel The Man Who Was October. I knew nothing else about the book or about Chesterton before I’d picked it up, but I loved its singular wit and characters. This was long before I was doing much playwriting at all, so the idea of adapting it didn’t come up until much later. I reread the book in around 2005 and this time I was struck by two things: (1) how much its combination of intrigue and chaos reminded me of the irrational arguments that had led the U.S. to invade Iraq, and (2) how much fun it would be to speak Chesterton’s dialogue aloud. As such, the adaptation reflected a number of my personal views on our state of geopolitics as well as my appreciation for dark, nimble comedy.

ZV: This adaptation was first produced by New Leaf Theatre in 2009, also directed by Jess Hutchinson. What made you two want to revisit it?

BD: I was invited to join Lifeline’s ensemble in 2017, and at the time Dorothy [Milne] had asked if I was interested in pitching Thursday as a project for the company. Dorothy also knew that Jess had recently returned to Chicago after finishing graduate school in Texas and was interested in having her work on the Lifeline stage, and encouraged us to work on this new version if we were both interested in revisiting it (which we were). Since that time, both of us felt like we had grown as artists and people; Jess had honed her directing and storytelling skills considerably on a number of shows and I, for my part, had grown preoccupied with the history of espionage and intelligence-gathering in a way that allowed me to think about the concerns of the adaptation in new ways. Additionally, we were both excited about the opportunities to play with casting in ways that we hadn’t in the prior production. The New Leaf production was cast with ten men; the Lifeline production has been cast with an array of men, women, and non-binary performers, and the script has been updated to deliberately reflect some of those choices.

ZV: A lot has changed in the world since 2009. Can you talk about how this has changed your view of the story, and the script itself?

BD: There’s a quote from my favorite Vonnegut novel, Mother Night: “We are what we pretend to be, so we must be careful about what we pretend to be.” It’s a warning that’s actually two warnings: First, beware of spending so long submerged in something you started out pretending that you become that something; and secondly, know that as far as the world is concerned you are what you pretend, and they will react according to that lie. At the heart of Thursday’s narrative is a tale of people who claim to have identities they do not have, and the consequences of those identities being stripped away either by themselves or by others. In the past ten years, especially in the online realm, I think it’s fair to say that anonymity has been weaponized in new and troubling ways, allowing malicious actors to set up training grounds for radicalization, metastasizing beyond angry discussion about pop culture into methods that can and seemingly have influenced elections.

When we first did this production I felt like we were examining the idea of people playing facetiously with serious threats. Now I feel like we’re examining how the inability to tell truth from falsehood, especially when you are the one perpetrating the falsehood and even when you’re doing so for noble ends, can lead to disaster.

ZV: What has been the biggest surprise in rehearsals for this production, or the biggest thing you have learned about the story?

DB: I find the rehearsal process to be full of many small surprises that accumulate into the largest surprise of all, when the play happens for an audience from start to finish. Beyond that: I feel like I’ve learned quite a bit more about theatricality in terms of how it’s employed both inside a theater and outside of it. The myriad ways you can toy with an audience by what you reveal and what you choose not to reveal are exciting and potentially dangerous.

ZV: You and Jess Hutchinson are frequent collaborators: this is your fourth full production together, and you have also worked on several short plays and an audio drama. Can you talk a little bit about why your collaboration works so well?

BD: What I’ve experienced in a room with Jess, and what I can tell about the way she directs plays by other people, is that when she chooses a project she does so out of an abiding faith in the text. For me, this often means that she believes in the play more than I do; that she sees opportunities and ideas that I hadn’t even recognized in the writing of it. She asks very incisive questions and I know that when I can’t answer them, it likely means that it’s because I haven’t thought about the detail as much as I should have, and being given that problem to solve is invigorating. Over time, this has also meant that disagreements we might have about a revision or adjustment don’t feel like disagreements — our clashing perspectives twist and braid around each other, figure out how to run parallel, and then become one direction.

That’s a very long-winded way of saying we trust each other. And that while this trust started from a type of instinctual simpatico, the ongoing collaborations have been key in deepening it.