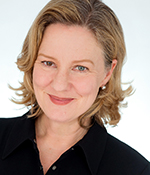 Julie comes to the Education Director position after teaching in Lifeline’s residency program since 2009. She served as Director of Education at 2nd Story from 2009–2015, and Outreach Director at Next Theatre in Evanston from 2007–2011. She continues to work with students of all ages through the Goodman Theatre, and as adjunct faculty at The Theatre School at DePaul University. Julie spent two decades as an artistic associate at Wavelength, an award-winning comedy ensemble that provides professional development for educators nationwide. She has created and led workshops for teachers all over the country on communication skills, using improvisation in the classroom, and professional learning communities. Julie’s bullying prevention program, Stand Up on the Schoolyard, has been presented to students and educators within the Chicago Public School system and across the country. In addition, she has performed in numerous Chicago theatre productions, including her original solo shows Good Enough, The Half-Life of Magic and Love Thy Neighbor… till it hurts. 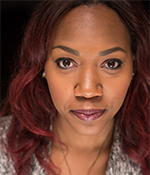 Brianna is originally from the state of Michigan, where she obtained her B.F.A. in Theatre from Michigan State (2014). She called Chicago home three years ago and identifies as an actor, director, and teaching artist. She has worked with Lifeline Theatre as an Education and Administrative intern and is very excited to now be one of their teaching artists. She is currently working on Violet: The Musical with Griffin Theatre. 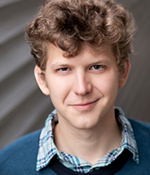 Nate Buursma is so honored to be teaching with Lifeline Theatre! As a teaching artist, he is proud to work with such wonderful companies as Lifeline, Dream Big Performing Arts Workshop, Chicago Children’s Theatre/Red Kite Project, City of Evanston, and Barrel of Monkeys. As an actor, he has performed with Chicago theatres such as Quest Theatre Ensemble (where he is a proud company member), Eclectic Full Contact Theatre, and Metropolis. Nate has also worked on several KidsSeries shows at Lifeline, including Mr. Popper’s Penguins and Thumbelina. 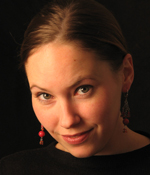 Amanda has been a Lifeline Ensemble member since 2013, and is thrilled to also work with Lifeline as a teaching artist. Her Lifeline credits include directing The 13 Clocks (2011), The Three Musketeers (2013), Lions in Illyria (2015), and adapting and directing Thumbelina (2016). Amanda also serves as the Artistic Director of 2nd Story (www.2ndStory.com), a position she has held since 2007. As a director, choreographer, and teaching artist, she has had the pleasure of working with Steppenwolf, Goodman Theatre, Court Theatre, Next Theatre Company, Redmoon, Collaboraction, Strawdog Theatre, Teatro Vista, and Adventure Stage Chicago, among others. She was an inaugural recipient of the Leadership U: One-on-One Fellowship program, funded by the Andrew W. Mellon Foundation and administered by the Theatre Communications Group, which placed her in residence at Lookingglass Theatre Company, working with their Artistic and Executive Leadership on visioning and long-term planning. She was also invited to participate in the inaugural cohort of artEquity’s Equity, Diversity, and Inclusion Facilitator Training in the fall of 2015, hosted by the Oregon Shakespeare Festival. 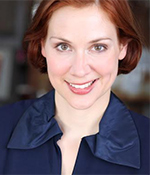 Elizabeth is an actor and teaching artist in Chicago. As a teaching artist she has been proud to work with such great companies as Lifeline Theatre, Free Street Theatre, Dream Big Performing Arts Workshop, Pegasus Players, Lakeside Shakespeare Theatre, Gorilla Tango, and LaSalle Language Academy. As an actor she has performed with Chicago theatres such as Lakeside Shakespeare, Drury Lane Water Tower, Metropolis, and Porchlight Theatre. She has also appeared in several KidsSeries shows at Lifeline, among them Dooby Dooby Moo, Half Magic, and Giggle Giggle Quack. 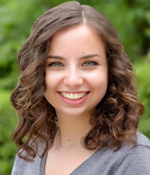 Eva Friedman is a Chicago-based playwright, director, actor, and educator. She recently received a B.A. in Theatre and her elementary teaching license from Northeastern University in Boston, MA. She has directed four of her own plays with Silver Masque Theatre Company as well as assistant directing productions with the Lyric Stage Company of Boston. She is currently interning at A Red Orchid Theatre and will be making her professional debut as a playwright and director with Prop Thtr at the Rhinoceros Theatre Festival in early 2019. All of her plays are available for download on the National New Play Network’s New Play Exchange. evafriedman.com 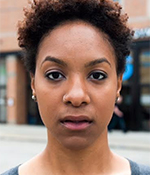 Jalyn is a teaching artist, actor, and museum educator. After obtaining her BFA in Theatre from Michigan State in 2014, she worked with Lifeline as an Education and Administrative intern and it is an honor to return as a teaching artist. Jalyn has had the pleasure of working with American Theatre Company and Pegasus Theatre, as well as the Chicago Public School System and the Museum of Science and industry. Jalyn has performed with Pulse Theatre Company and was most recently seen in the Athena Festival with Idle Muse Theatre Company. 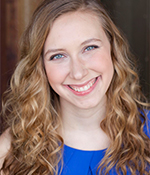 Allison is a Chicago-based actor, improviser, musician, and teaching artist. She received her Bachelor of Arts degree in Theatre and Music from Valparaiso University, and she continued her training with the Moscow Art Theatre School, studying acting, movement, and Russian History. In addition to teaching musical improvisation, Allison has taught and led students to create fully devised musicals at Valparaiso University. She also teaches with Emerald City Theatre, Chicago Children’s Theatre, and House Call Music, where she teaches piano and voice lessons privately. 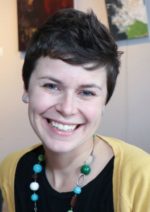 Ashley Laverty is the founding Artistic Director of Kerfuffle, a midwestern theater and dance company devoted to creating performances with and for children under 6 years old. Ashley has 10 years of experience teaching and designing theater and creative drama programming with children ages 2-18 years old. Additionally, Ashley is a director, playwright and actor, and has performed and had her work produced nationally at the Omaha Theater Company at The Rose, Brelby Theatre, National Theatre for Children, VEE Corporation, Roxy Regional Theatre, Vital Theatre Company and Storyland. She holds an M.F.A in Theatre for Youth from Arizona State University and a B.A. in Theatre Arts with a concentration in Musical Theatre from Point Park University’s Conservatory of Performing Arts. She is proud to be a teaching artist at Lifeline, Paramount School of the Arts, The Stage School, and a children’s yoga instructor with Mission Propelle. 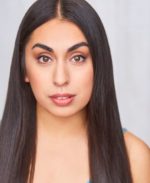 Sonya Madrigal is a native Chicago actress, director, dancer, and teaching artist who loves being a voice for stories that are currently being marginalized by our society. Sonya is a recent graduate of the University of Illinois at Chicago where she received her BFA in Acting. Sonya has been a dance teacher and choreographer from a very young age and has trained in multiple forms of movement and dance such as: ballet, modern, jazz, hip hop, Alexander technique, Laban, and 10+ years of traditional Mexican folk dancing. Sonya is a teaching artist with Steppenwolf Theatre, UIC, and the August Wilson monologue competition. Her recent acting credits include: Day Of Absence (Congo Square Theatre), Romeo and Juliet (Teatro Vista), Oedipus Rex (Court Theatre, chorus), HOPE part II of a Mexican Trilogy (Teatro Vista,u/s), The Adventures of Augie March (Court Theatre, Mimi/Ensemble, u/s who performed), and Electricidad (UIC, Electricidad). 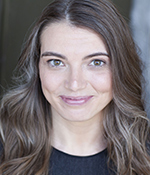 Rebecca is excited to be working with the ensemble of teachers at a company as engaged as Lifeline Theatre. She is a teaching artist in Chicago working from pre-K through adults in a variety of populations, including co-coaching the developmentally disabled improv ensemble PEEP based in Evanston and working in Cook County Jail with the Piven Prison Project. Her work has been seen in venues like Second City (Chicago), the Lincoln Center (New York), and the Kennedy Center (Washington D.C.). She has workshop-trained as a teaching artist in the Capacities, Aesthetic Education, and leadership in Teaching Artistry at Lincoln Center Education in New York City. 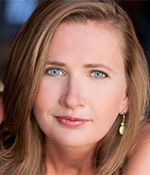 Mechelle is co-artistic director of The Yard, a company member with TimeLine Theatre, and a founding member of The Hypocrites. She works as an actor, director, teaching artist and serves as Director of Education at Raven Theatre. Mechelle is a Non-Equity Jeff Award recipient for Actress in Principal Role-Play for her performance in Machinal with The Hypocrites and received a nomination for Actress in Principal Role-Play for Stage Door with Griffin Theatre. As a lead teaching artist, Moe has worked for many organizations including Lookingglass, Court, Lifeline, TimeLine and Raven Theatre. She has directed and devised numerous works at Senn Arts and with The Yard including Milk like Sugar, The 4th Grader’s Present an Unnamed Love Suicide, Our America: Ghetto Life 101: Remorse (which she also adapted), and Metamorphoses, which were selected for the 2014 and 2015 Illinois High School Theatre Festivals. As well as the docu-drama Broken Text, an original work by Mechelle based on her interviews with men recently released from incarceration and living in a transitional facility. Mechelle graduated with honors from the University of Illinois Chicago with both a bachelors in Theater as well as Anthropology. 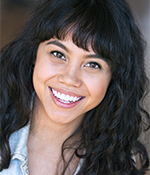 Anastacia is a recent graduate from the University of Illinois at Chicago where she received a B.A. in Theater Performance. She identifies as a theater artist and enjoys devising her own work as well as performing on stage and in front of the camera. She experiences theater as a healing act and wishes to share this experience with her students. Through the UIC teaching artist seminar she was able to observe in CPS classrooms across the city with Steppenwolf Education, participate in trainings at Aesthetic Education, and was partnered with Lifeline Theatre as a Teaching Artist Assistant. She is now so excited to join the team as a Teaching Artist! 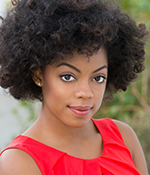 Darian is a Theater and Dance graduate of University of Alabama. She is a teaching artist all over Chicago and she is excited to join the Lifeline family. Darian is a part of the Disney Musicals in Schools and the Musical Theater Intensive Faculty at the Goodman Theatre. She has also worked with Youth Guidance, The Little Black Pearl, and the Chicago Park District. Her previous Lifeline Theatre credits include You Think It’s Easy Being the Tooth Fairy? and she’ll be seen in The Time Warp Trio in 2019. 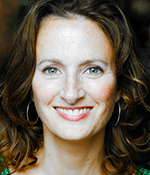 Jenifer has been a proud teaching artist with Lifeline’s Artists-in- Residence Program for over 10 years. She is a graduate of The Theatre School of DePaul University and has been a working actress in Chicago for over 20 years. Jenifer joined Lifeline’s artistic ensemble in 2000 and has appeared in numerous productions over the years. In 2001, she received an After Dark Award and a Non-Equity Joseph Jefferson Award for her portrayal of Jane in Jane Eyre, and a nomination for her 2007 performance as Harriet Vane in Gaudy Night. Jenifer also directed The Velveteen Rabbit for Lifeline’s Kidseries. In addition to working with various other companies, Jenifer is a member emeritus of the writing/performance group, The Sweat Girls. 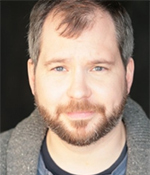 John hustles as an educator, actor, scenic designer and painter in Chicago. He has worked with Lifeline Theatre for over a decade and also teaches with Changing Worlds. He won the 2015 Non-Equity Jeff Award for Best Scenic Design for Byhalia, Mississippi (New Colony and Definition). Some acting credits include: American Dead (Northwestern); The Nutcracker, Miami Tour (House); El Grito del Bronx(Collaboraction/Teatro Vista/Goodman); Our Bad Magnet (Mary Arrchie); and To Kill a Mockingbird, Understudy (Steppenwolf). He is a company member with Collaboraction and an artistic associate with WildClaw and The Yard.